November 01, 2021
1. Current President of World Bank is David Malpass ,an American Economist . Headquarter of World Bank is in Washington DC (USA).
2. Managing Director of IMF(International Monetary Fund) is Kristalina Georgieva, a Bulgarian Economist. Headquarter of IMF is in Washington DC (USA).
3. Gita Gopinath of Indian origin is IMF ,Chief Economist.
4.UNO(United Nations Organization) was established on 24th October 1945 is headquartered in New York,USA . Currently it has 193 members .The present Secretary General of UNO is Antonio Guterres who is from Portugal.
5.WTO(World Trade Organization) was established on First January 1995 and is headquartered at Geneva, Switzerland and has currently 164 members. The first Director General of WTO was Peter Sutherland and present Director General is Ngozi Okonjo Iweala who is first woman and first African to reach this coveted Post.
6.The present Governor of RBI is Shaktikant Das (25th).
7.NITI Aayog (National Institution for Transforming India) was formed through executive resolution on First January 2015 after abolition of Planning Commission in 2014. NITI Aayog is neither a constitutional nor a Statutory body just like Planning Commission and NDC(National Development Council). The ex-officio chairman of NITI Aayog is prime minister of the country just as used to be in case of Planning Commission and NDC. The first Vice Chairman of NITI Aayog was Dr Arvind Pangariya. Present vice chairman of NITI Aayog is Dr Rajiv Kumar and present CEO is Amitab Kant . The function of NITI Aayog is to formulate policy for planning and development for India with spirit of co-operative federalism.
8. Planning Commission was established in March 1950 through executive resolution.It was neither a constitutional nor statutory body.
PM of the country used to be ex-officio chairman of Planning Commission. The main function of Planning Commission was to formulate 5 year Plans .The period of first 5 year plan was 1951 - 1956 and priority of this plan was to develop Agriculture . The first 5 year plan was based on Harod Domer Model . The chairman of first 5 year plan was Jawahar Lal Nehru and deputy chairman was Guljari Lal Nanda .The last 5 year plan was 12th 5year plan (2012 -2017) and deputy chairman was Montek Singh Ahluwalia.
9. NDC(National Development Council) was established by an executive resolution in August 1952 on the recommendation of Planning Commission to ensure participation of States and Union Territories along with the centre in planning . NDC was also neither a constitutional nor statutory body. CM of all the states , representative of Union Territories, Union Cabinet Ministers along with PM used to be member of NDC. NDC finally used to approve 5 year Plans. PM of the country is ex-officio chairman of NDC. NDC has not been abolished yet by PM Narendra Modi but no meeting has been held of NDC in last few years. Practically NITI Aayog is undertaking all the functions, earlier which was undertaken by NDC.
10. The first Finance Commission was set up on 22 November 1951 for the period of 1952-1957 by the President of India under Article 280. The chairman of First Finance Commission was KC Niyogi. The chairman of the 15th Finance Commission set up on 27th November 2017 to give recommendations for the period of ( 2021-2026) is NK Singh . The function of Finance Commission is to distribute financial resources between Centre and States and among the states and lay down policies related to Aids and Grants by the centre to States .
11. Present Finance Secretary of India - T.V. Somanathan
12. Revenue Secretary - Tarun Bajaj
13. Commerce Secretary - BVR Subramaniam
14. Comptroller and Auditor General (CAG) (14th) of India - Girish Chandra Mamru
15. First Lokpal of India - Pinaki Chandra Ghosh
16.Chief Economic Advisor - K Subramanian
17.Governor of RBI - Shaktikant Das (25th)
18. Chief Financial Officer of RBI - Sudha Balakrishnan
19. Chairman of State Bank of India - Dinesh Kumar Khara
20. Chairman of Public Accounts Committee - Adhir Ranjan Chowdhury
21. Chairman of Estimates Committee - Girish Bapat
Contact Number -9891726652/9212096139
Website of Brilliant Academy of Learning:
https://www.brilliantacademyoflearning.com/courses.html 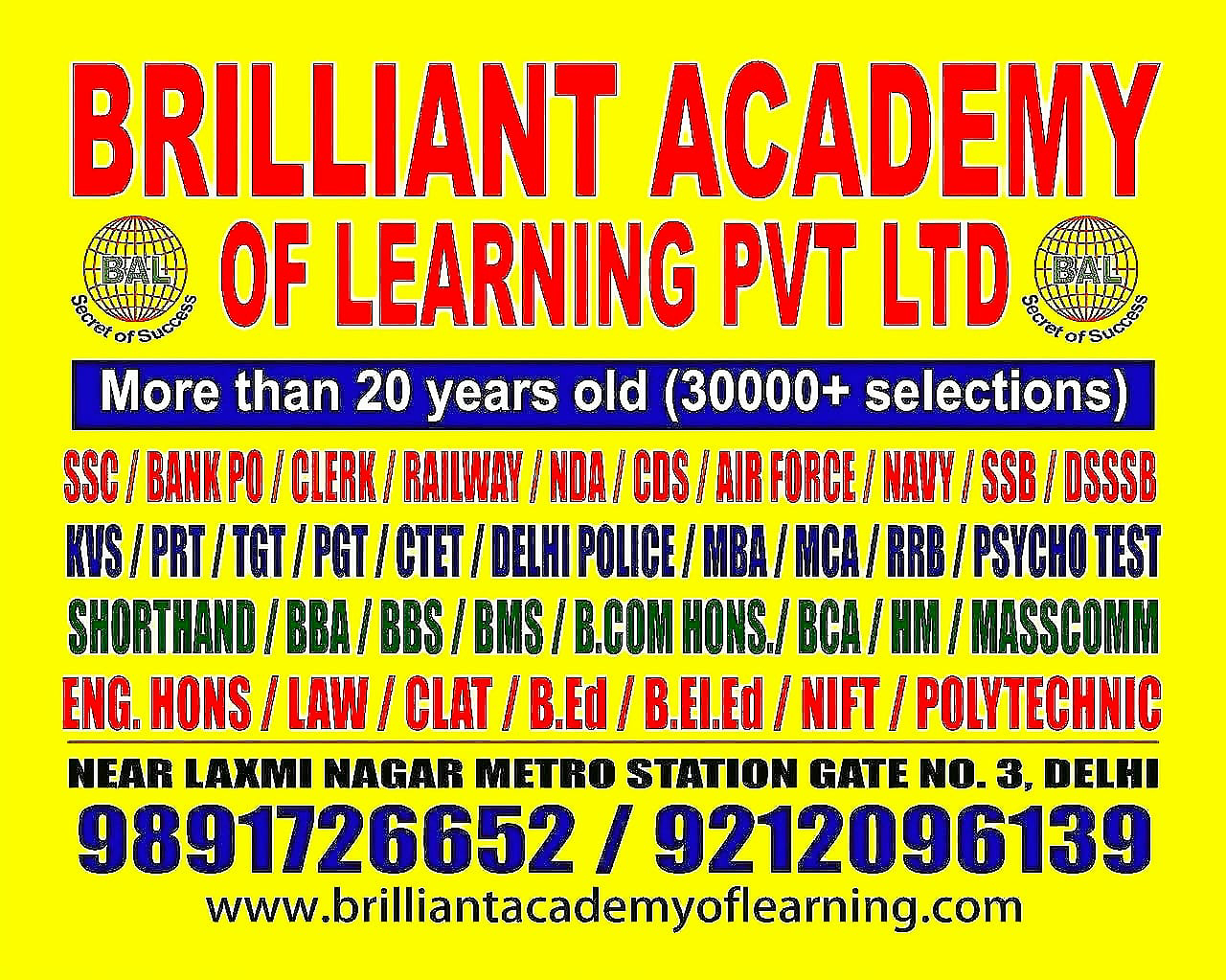